The Fuck Buddy Winners and Losers of COVID-19 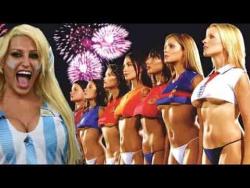 The coronavirus pandemic has brought huge disruption to the day to day lives of people not just in this country, but the global population as a whole. Jobs have been lost, companies have been shut down, and certain industries have been decimated. On the social front, lockdown to the various strictness and degrees that it has been rolled out has separated friends and families, stopped people seeing loved ones and interacting with friends, and it has prevented people from meeting new people and partners. In so many ways, lockdown and the whole pandemic has sucked.

For those in the adult dating world, the change has been felt just as much as anywhere else. The ability to easily meet new people has been curtailed, the usually meeting places have been shut down, and the rules have been rewritten. Using a condom is no longer enough protection when shielding against in a curable STD is now secondary to shielding against a deadly virus that can kill you and can be transmitted not just in a kiss, but by breathing the same air as someone else. There have been clear winners and losers for those with fuck buddies or in the dating world, and we can broadly break those down into discrete groups of people.

Those with existing fuck buddies they liked before any kind of lockdown occurred.

These people were the clear winners. Lock down saw a lot of people work from home which freed up more time and energy with which to have sex. This meant that those with pre-existing fuck buddies or hook ups in place could take advantage of that and have a lot more sex, and at different times in the day to usual as well. They did very well on the sex front.

Those without a fuck buddy they liked before the pandemic occurred.

The barriers to entry shot up and it became significantly harder to meet people once the pandemic had started. Those who were caught in the unfortunate window of not having a fuck buddy generally did worse. They had to work a lot harder to find one, and there was almost certainly an extended gap between seeking and finding due to the increased difficulty.

Those who had a “friend” that they could convert.

A ‘friends with benefits’ relationship is one of the best around, especially if the person really was a friend beforehand. The lockdown has meant that converting a lose friendship or acquaintance into a friend with benefits has been much easier than in normal times. Suddenly it is a very real and good solution for both parties. So these people have done well, but they are a much smaller group than the two above.

So those broadly have been the winners and loser so the coronavirus pandemic. Ultimately, everyone can make it happen if they want. So if you are looking for a fuck buddy, why not jump online and send someone a message now?

The original and best place for Adults looking for No Strings Attached Sex.