Winter Warmers for your F-Buddy

Here at F-Buddy we want you to keep warm during these cold winter months. The nights are drawing in and the thought of getting a little hot with someone on a cold December night is definitely keeping the winter chill away.

So with some naughty night time antics in mind we decided to put our top five wicked winter warmers together. Get in the mood and share your saucy suggestions by posting a comment, and prepare for a raunchy lead up to the festive season.

1. There’s nothing better than getting down to it in front of an open fire. Bound to impress any self respecting f-... 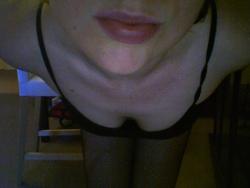 Lizzie, 38, from London enjoys life and is looking for more Fun.

She's also Bi so guys if you've already got an F-Buddy then bring her along too!

Meet Suzy our featured member of the month at F-Buddy.co.uk.

Suzy is 29 and from London. She is looking for no strings fun with a dark haired, blue eyed man with a good toned strong body and plenty of skills!

Check out our Android App

We're very excited at F-Buddy because we launched our first App today for Android.
Check it out it's completely free. The App shows every postion you can possibly imagine trying with your F-Buddy (we learnt a few!). There's also a great game to try out together.
Sorry to disappoint iPhone fans but unfortunately Apple are a bit more sniffy about "naughty" apps so we thought we would try the Google platform first.
Let us know what you think!

It was F-Buddy wot won it!

The Conservatives and Lib Dems are entering negotiations to form a Government. This is exactly as predicted by F-Buddy's pre-election poll of Britain's women.

The nation's women just knew that Cameron and Clegg were the winners in the trouser snake stakes. With Gordon Brown a distant third by two and a quarter inches he's been left out of the negotiations.

A spokesman for F-Buddy said "It's hard not to feel sorry for Brown but the nation's women knew this was coming."

So with apologies to The Sun "It was F-Buddy wot...

Britain is clearly heading for a well-hung parliament with Clegg and Cameron boasting the biggest lunchboxes - according to the nation's women.

Researchers asked 4,000 housewives to guess the manhood size of a string of Britain's political giants.

Tony Blair came third with many of the nation's women believing the former PM packs a pleasing 6-inch majority. 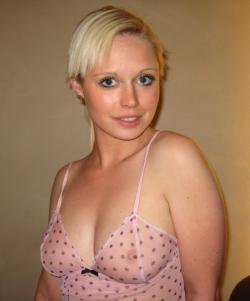 Meet Aimee one of our members at F-Buddy.co.uk

Meet Aimee, one of our new members at F-Buddy.co.uk.

Aimee, 20, from London enjoys night clubs and has a great social life. But she's not looking for romance just good looking guys who want some fun.

Aimee says "Most boys my age are so soppy and romantic. I'm not looking to get married for years so just want to meet guys for some nsa fun!"

Check out Aimee's video on the homepage of F-Buddy.co.uk and also her profile.

Met Lisa this morning, hadn’t seen her in ages! Decided it was time for some serious gossip. When she stepped in the coffee shop I barely recognised her. Had to put on my shades, she was positively glowing!

“Lisa, sweetie, you look fantastic! How was the new spa?” She just laughed and got herself a cappuccino. “No spa, I’ve found something much better than that”, she winked at me. I was all ears – what could this be? Botox is so yesterday! “You know that Josh is still in Ireland on his IT project” – yep, I knew that, part of the reason she had looked like a month of rainy days over...

The Sun today has an article on the homepage of its website about Jeremy Clarkson. A poll of 4,000 British Women he was thought to have the largest manhood from amongst a group of celebrities.

The article said the poll was commissioned by a website. It doesn't say that the website was F-Buddy.co.uk.

Come on The Sun. Attribute your sources and don't just nick our polls!

Gangly Top Gear host Jeremy Clarkson has the biggest gearstick in show business, in the opinion of the nation's women.

Research carried out among 4,000 housewives revealed a large percentage think 6ft 5in Clarkson is hiding a ten-and-a-quarter inch todger in his jeans.

The 49-year-old loudmouth beat a host of stars from the worlds of TV, sport and showbiz to top the chopper chart.

Foul-mouthed telly chef Gordon Ramsay came second with women believing he has a nine-and-a-half inch sausage cooking in his pants.

The original and best place for Adults looking for No Strings Attached Sex.